In the finale of the Audi Autonomous Driving Cup 2018 the FZI Team AlpaKa prevailed against seven other university teams and knocked the competition down a peg. The prize money of 10,000 euros will thus go to Karlsruhe.

The three-day final event of the Audi Autonomous Driving Cup 2018 included the mastering of given, partly unknown driving tasks on a street circuit. The solutions used for this were presented in an academic lecture and included in the evaluation. Furthermore, there was an "Open Challenge" in which the teams presented innovative and creative approaches to the topics Car2X, Artificial Intelligence and Closed Loop in Autonomous Driving. 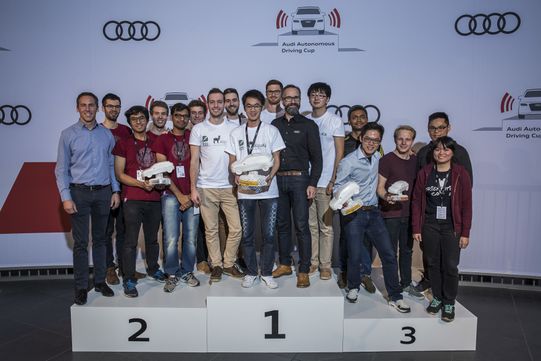